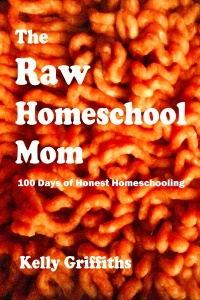 One of my goals last summer was to publish an eBook. I did it this summer– better late than never. Were I not the perfectionist I am, it wouldn’t have been all that monumental a task, but I am the queen of revisions. I read and re-read, suddenly hating this or that, spending hours and hours rearranging a few hundred words. When I finally did publish it, I felt I was running away from my masterpiece more than birthing it. I felt like Victor Frankenstein, who found fault with his creation once it woke up and got off the table. I published it so I would stop dissecting it. Am I alone in this?

What prompted me to write was my reading of The Diary of Anne Frank (the unabridged version, which shows the depth and complexity of her personality and contains an element of sexuality).  It was surprisingly interesting, considering it was a teenager’s diary, unadorned, uncut. I thought, perhaps I can journal about my own little room and its perils, just as Anne did– minus the sexuality. My eBook chronicles my time homeschooling our four kids and is sometimes funny, sometimes sagacious, sometimes desperate, like when I decided to withdraw from Zoloft cold turkey in the middle of the academic year (a stunt nearly as stupid as piecing together a monster form body parts).

Writing every day took a giant bite out of my time. Again, because of those revisions. An average post cost me about two hours. Two hours could have made a five-star meal or cleaned the house to a Martha Stewart glow… but instead, I had two hours’ worth of blog post that sat on the cyber-shelves. So I dusted them off, edited them until I wanted to puke, and published them before I actually did. The Raw Homeschool Mom is my confessional, my brag, my Bible devotional. I set out to stop wearing the power suit in my writing and tell it true. The only how-to in my book is how-to persevere. I’m a fan of perseverance, which is helpful to writers, singers, actors, painters, or any other unrealistic occupations people pursue while making money delivering pizzas or working at Costco.

If you are at all interested in pursuing homeschooling, or if you just want to eavesdrop on an eccentric lifestyle, download my eBook here or click the image in the right margin. It’s a ride on the floppy coattails of a homeschool mom’s mind.

9 thoughts on “The Raw Homeschool Mom, My eBook”